Paper Moon Republic presents its first non-musical, but advertising-print promo release.
Thirty hand-numbered postcards with greetings from our metaphysical government and with foot-blessing from a cartoon version of the goddess Isis. We will ship for free on any order. Optionally, we can send both unsigned and with some text from us.
Isis art by TOKA=PAINT (https://vk.com/tokafan) 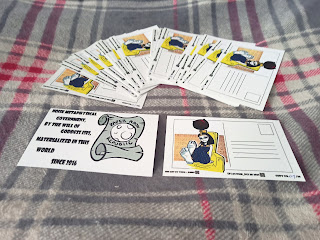 The music of the cosmic spheres, and gentle meditative lyrics come from the realm of cold physical laws еxpressed through sound by the Novosibirsk project. Pulsations of light spots, winks from streams of radio ether numbers and slow waltzes of quarks, framed by a thick ebullient vacuum. And many other transcendental phenomena described in the sound of the six tracks of this album.

Three Moons – Moon I / Moon II
Dark Ambient/Drone
PMR_78-1: 2xCD-R with printing on the surface, packed in Double-Half-DVD-box with a double-sided cardboard insert (12 hand-numbered copies);
PMR_78-2: Recorded on a two recycled cassettes and packed in a canvas envelope with a double-sided cardboard insert. (8 hand-numbered copies);
Our metaphysical republic, with the blessing of the goddess Isis, is always ready to publish “lunar albums” that are conceptually close to us with special zeal. Therefore, today we present two such albums at once under one cover from the Serbian-triplelunar project. Both of these works were previously released in 2020 (and only the first of them, including on physical media, the second only as a web release). Now you can immerse yourself in selenaditation lasting over a hundred Earth minutes. Enjoy!
https://arsenylitvin.bandcamp.com/album/pmr-78-three-moons-moon-i-moon-ii
Автор: Paper Moon Republic на 19:00 Комментариев нет:

A new release of an interesting French project, more than half of the discography of which has already been published by our Republic.
Kshatriyas Against Time - Dis Ater, Pulse of Disintegration
Dark Ambient/Drone/Dungeon Synth
This ultra-conceptual and minimalistic album is inspired by text-images from the old Irish mythological saga of the 14th or 15th centuries CATH MAIGHE TUIREADH:
“…And you, Dagda,' said Lug, 'what power can you wield against the Fomorian host in the battle?' 'Not hard to say,' said the Dagda. 'I will fight for the men of Ireland with mutual smiting and destruction and wizardry. Their bones under my club will soon be as many as hailstones under the feet of herds of horses, where the double enemy meets on the battlefield of Mag Tuired…”
PMR_77-1: CD-R with printing on the surface, packed in Half-DVD-box. (25 hand-numbered copies);
PMR_77-2: Recorded on recycled cassettes and packed in a canvas envelope with a double-sided cardboard insert. (25 numbered copies);
PMR_77SP: Recorded on vintage soviet reel tape (at least 40 years old). Packed in a canvas envelope with a double-sided cardboard insert. Only one copy.
https://arsenylitvin.bandcamp.com/album/pmr-77-kshatriyas-against-time-dis-ater-pulse-of-disintegration
Автор: Paper Moon Republic на 17:04 Комментариев нет:

Fann Grana - Torzhestvo Voli
Industrial/Tribal/Noise/Drone
Recorded at recycled hand-painted cassettes and packed in a tin box along with two double-sided cardboard tabs.
10 hand-numbered copies.
Paper Moon Republic sent scouts to study the lands of Gray Rocks, which are part of the literary and sound universe gracefully created by anonymous project. You can see the detected a little piece-fragment of fighting travel diary. Thoughts and aspirations of a nameless soldier, dressed in an torn overcoat, with a face closed with an incomprehensible rag. He, like his comrades, is ready for endless battles with the sun, thunderstorm and even the very void itself. His dagger with loud silence longs to drink the blood of all possible enemies. Even Black Kitels do not get away from the gaping blow of his knife bayonet.
https://arsenylitvin.bandcamp.com/album/pmr-76-fann-grana-torzhestvo-voli
Автор: Paper Moon Republic на 15:23 Комментариев нет:

Old Believer Industrial/Noise/Drone
Recorded at recycled hand-painted cassettes and packed in a canvas envelope with a double-sided cardboard insert.
12 hand-numbered copies
An excellent spiritual-noise work from an project imbued with a pre-split Christian spirit. The album is dedicated to the fate of wandering Christians who endured persecution and suffering for their courageous confession of faith in the Lord and their constant readiness to suffer for Him...
After mass arrests and executions, the believers who remained at large continued to secretly serve for many years in underground cells in the forests or in secret shelters in houses, giving hope to their faithful followers in faith for the end of the theomachic persecution.
Listen: https://arsenylitvin.bandcamp.com/album/pmr-75-kostnitsa-novomucheniki-i-ispovedniki-pred-litsom-bogoborcheskoy-vlasti-vo-strannichestve-podvig-sovershivshi
Автор: Paper Moon Republic на 20:41 Комментариев нет: 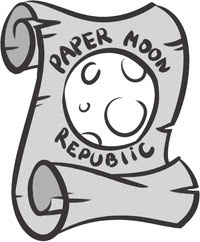